Driven by former Super2 and Australian GT Endurance Champion, and 2019 TCR Australia Series runner-up, Tony D’Alberto, a regular Civic Type R was first to break the existing lap record of 2 minutes 14.316 seconds set in late 2019 by a competitor, with the Racing Blue car achieving a 2 minute 13.251 second lap time (2:13.251) to undercut the previous mark by over one second.

The Honda TCR driver then got behind the wheel of the Civic Type R Limited Edition to lower the reference point even further, cutting another second from the lap time he had just logged, setting a new lap record of 2 minutes 12.260 seconds (2:12.260) for a front-wheel drive production car around The Bend’s challenging International Circuit.

“Our team were confident the regular production Civic Type R could beat the existing lap record at The Bend for a front-wheel drive road car and then go even quicker again in the Civic Type R Limited Edition to set a new record lap time,” said Honda Australia Director, Mr. Stephen Collins.

Originally planned to coincide with the local launch of the Civic Type R Limited Edition in mid-2021, COVID restrictions and state border closures delayed the time attack activity at The Bend, until a small window of opportunity opened up as a lead-in to the TCR Australia Series that starts this week on February 11-13.

Just 20 examples of the ultra-exclusive Civic Type R Limited Edition were produced for Australia, with serial number AUS-001 used to set the new lap record at The Bend.

“We were really keen to find another opportunity to take on the time attack challenge as a fitting farewell to this generation of Civic Type R, as it really closed the loop on what has been a hugely successful five year run for the car, bookended by lap record achievements,” Mr. Collins added.

“The FK8 series Civic Type R was already a fantastic car in its original form, proving immensely popular with customers, winning numerous awards and setting lap records all around the world since it arrived in 2017.

“The model update in 2020 made a great car even better, with suspension, brake and engine cooling performance upgrades ensuring the Civic Type R continued to deliver the most rewarding driving experience in the hot hatch segment.

“The Civic Type R Limited Edition then took it to the ultimate level, building on the dynamic performance capabilities of the standard car with lightweight components and track-focused tuning to create the purest expression of the Type R to date.”

The time attack challenge at The Bend continues a remarkable run of time attack success for the fifth-generation FK8-series Civic Type R, which has set lap records at a range of legendary European racetracks, including the iconic Nürburgring, as well as at Suzuka in Japan and Mount Panorama at Bathurst, Australia.

Inspired by some of the world’s most famous racetracks, The Bend is Australia’s only circuit to comply with the latest FIA Grade 2 and FIM Category A standards. It combines technical corners, fast flowing sections and an aggregate rise and fall of 85 metres.

At 4.95 kilometres in length, the International Circuit is regularly used for a variety of national series events, including the TCR Australia Series and Supercars Championship. 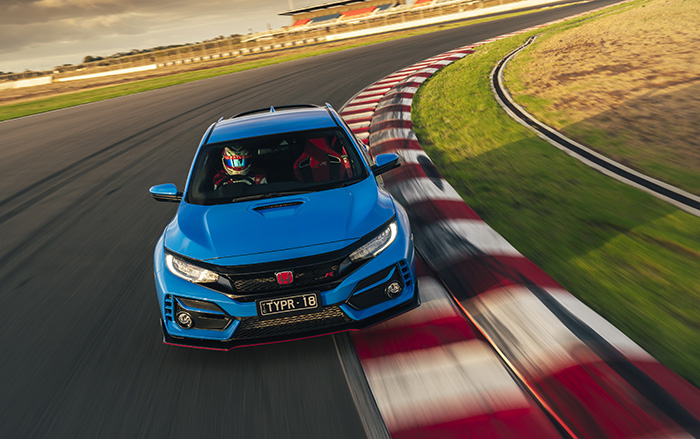 “Both cars performed brilliantly on track, with the strengths of the Civic Type R package giving me plenty of confidence to push hard and really go for a quick lap time,” said Honda TCR driver and new lap record holder, Tony D’Alberto.

“They were both really consistent as well, which is exactly what you want when you’re trying to find those last few fractions of a second on a lap record run.

“At a circuit like The Bend, with its fast and flowing sections, you need good aero performance and stability to be able to attack the corners and carry speed, particularly through the back portion of the track. 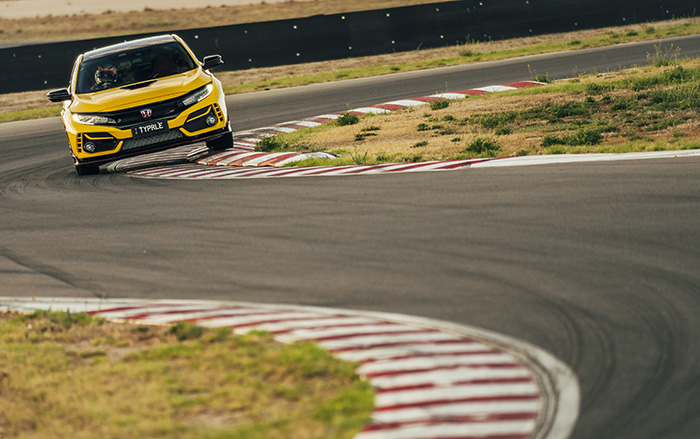 “The standard Civic Type R is beautifully balanced and just such a pleasure to drive on the track, while the Type R Limited Edition offers even more grip and speed, which really encourages you to go for it and try to extract the perfect lap from the car.

“If the conditions had been cooler I’m confident we could find a few more tenths and even get the Type R Limited Edition into the 2 minute 11 second bracket.

“But the aim was to set a new lap record for Honda and we actually achieved that with both cars, which shows just how good the Civic Type R is – I can’t wait to see what the engineers are able to achieve with the next generation model that’s now on the horizon.”

The next generation Civic Type R recently made its first public appearance in prototype form at the Tokyo Auto Salon, Japan's premiere high-performance and custom car show. Set to be the best performing Civic Type R ever, the all-new model will be officially unveiled this year.

Following this success, a Civic Type R went on to break front-wheel drive lap records at five iconic European racetracks as part of the ‘Type R Challenge’ program in 2018.

Now, the Civic Type R Limited Edition has set a new lap record for a front-wheel drive production car at The Bend, lapping the International Circuit in 2 minutes 12.260 seconds. 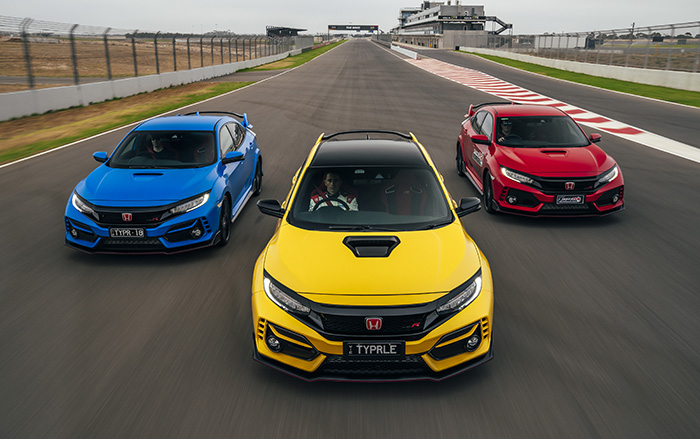 Please select your postcode or suburb from the list

There are too many results for this location. Please try your search again with more specific suburb name.