Cars
Author: HONDA AUSTRALIA
Civic is one of the longest-running names in the carpark; the new model is the tenth generation. Here’s how it got there and how the latest model stayed true to the original idea of creating the car ‘that is needed right now’.

Civic is one of the longest-running names in the carpark; the new model is the tenth generation. Here’s how it got there and how the latest model stayed true to the original idea of creating the car ‘that is needed right now’.

The 1970s were a different time. If you don’t believe us, just ask your folks to show you pictures of what they were wearing back then. The roads looked pretty unfamiliar too, looking back. Family cars were huge with bench seats and big, lazy engines. And despite being solid and slow, they really weren’t very safe and no one had even heard of fuel efficiency.
Honda was a very different company then as well. We were already Japan’s biggest motorcycle manufacturer (The Beach Boys wrote a song about our bikes) and were well known in Formula One racing but our cars were specialised, high-performance models mostly designed for the home market.

But Honda has always had an eye to the future and realised that roads were going to get more crowded and fuel prices would only go up so people were going to want cars that did more with less by being lighter, more space efficient, more economical and better to drive than the big family cars of the time.

The Civic development team travelled the world to do what we still do to this day; find out how people used their cars and what they wanted from them to create a model that gave “maximum value from the minimum number of mechanical components.”

So in 1972 the first Honda Civic was born. It was made from lighter steel than normal, which made it more fuel-efficient as well as more fun to drive, and given advanced suspension that meant it was more comfortable as well as sportier than most cars of the time.

Even though it was a huge success from day one, Honda was continuously improving the Civic from the start and in 1974, introduced an engine called CVCC. This used technology from Honda’s racing experience to create an engine that was incredibly efficient and was the first to the strict new emissions regulations of the day.

The first Civic set new standards, not just around the world but also here at Honda. That’s why the new Civic – the tenth generation to wear the badge – offers greater comfort and space; a range of technologically advanced engines that are more powerful and economical with lower emissions; advanced safety innovations; and connectivity that reflects how we use our cars every day. That’s why the Civic is still the car that ‘is needed right now’. 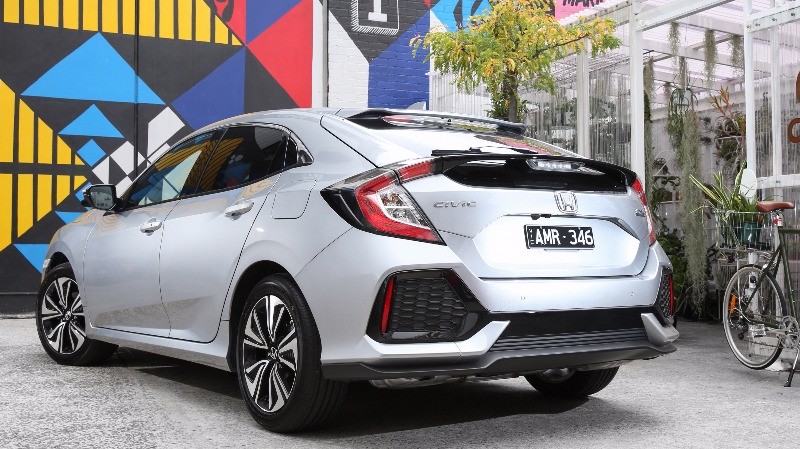